"The Church That's in

Business for God and God's Business is People"

​​​​​​​​​​​​​​​Dr. Henry L. Armington, Sr. was born to the holy matrimony of Willie and Rosie Lee Armington on November 26, 1966. He grew up in the small rural area of Jefferson, Texas where he attended the Jefferson Public School District and Belview Baptist Church. Following a devastating illness, he received a vision from God and accepted his call to pursue ministry as a gospel preacher at the age of thirteen in October 1980. Just two years later, the youngest preacher ever of the city of Jefferson was licensed and ordained as a minister. Even though this young preacher could barely see over the podium seated on the rostrum, a little child would lead the city.

Dr. Armington’s key objective is focused toward the persuasion of the young, as well as the elder, inspired to accept the Word as a standard way of living while becoming more prosperous during their walk with the Master. Since graduating from high school and enlisting in the United States Navy in 1985, his ministry has escalated through his attendance and approach to attain advanced studies. He has attended numerous Military Leadership, Management, and Instructor Schools that led to graduating from Bishop A. L. Hardy Theological Seminary with both the Master of Ministerial Arts and Doctor of Ministry Degrees.

Dr. Armington’s background, leadership ability, skills and talent are in all aspects of a preacher, teacher and motivational speaker. He have been granted favor with God in being allotted the opportunity to appear on several radio broadcast, television stations and newspaper articles including, but not limited to, Black Entertainment Television (BET) Network, Trinity Broadcast Network (TBN), Jefferson Jimplicute, Marshall News Journal, New American Press, Shreveport Times and Denver’s Body of Christ and Fifty-Plus Marketplace News. His motivation has initiated his energetic drive through his dynamic and gifted writing ability as author of three books: “How to Save Your Marriage Without Losing Your Mind” , “You Can’t Have My Song” and the newest release of “How To Get Your Hands Out The Lion Mouth.”

As recipient of the Church Of God In Christ Jurisdiction “Agape Honor Award” and Past Grand Master (PGM) Thomas Jefferson Riley “Citizen of the Year 2013 Award” from the Prince Hall Masons and Order of the Eastern Star of Colorado, Utah, Wyoming and Korea Jurisdiction; God has directed him consistently to emphasize to his people the necessity of exhibiting love and the importance of the teaching of Christ Jesus. He serves diligently as a member of the Ray of Hope Foundation, Colorado Patriot League Organization: as well as, the Caddo Parish Industrial Development Board of Director’s.

Dr. Armington is married to the former Katherine Dixon from Belcher, Louisiana of 33 years with two children born to their union (Henry Jr. and Jarvis). 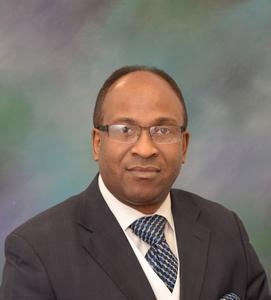